While fuel prices are steadily rising in the country, CNG, or compressed natural gas, has emerged as a cost-effective alternative to petrol and diesel. Although the prices of CNG witnessed a big jump recently, it's still cheaper than petrol and diesel, which therefore offers much lower running costs. In this article, we share the pros and cons of CNG-powered cars so that you can decide whether it’s the right choice for you. Take a look at the pros, advantages or benefits of CNG cars in India:

Let’s start with the obvious first, CNG cars offer considerably lower running costs over petrol or diesel cars. Of course, the running costs may vary depending on the fuel prices but CNG cars are also more fuel efficient than petrol and diesel cars. Just take the recently launched Baleno CNG for instance, its petrol engine delivers a claimed fuel efficiency of 22.35kmpl whereas the same engine with the CNG option delivers a claimed fuel efficiency of 30.61kmpkg.

CNG fuel is not only fuel efficient but also cleaner for the environment. CNG is one of the cleanest burning fossil fuels and its NOx and CO2 emissions are considerably lower than that of petrol and diesel. As per some reports, CNG cars emit 5-10% lower CO2 compared to their petrol-powered counterparts.

CNG cars offer a lot more flexibility over other fuel alternatives like electric vehicles. CNG cars are capable of running on both CNG and petrol fuel and offer commendable driving range. While the driving range on CNG alone is less, they compensate with a large petrol driving range and along with CNG, their driving range is even higher than a lot of premium electric cars in the market.

It is way easier to reach the break even point of a CNG car than a diesel car, petrol-hybrid and full-electric vehicle. Carmakers generally charge Rs. 1 lakh for the CNG powertrain option over the corresponding petrol variants. If we take Baleno CNG for instance again, you can reach the break-even point by driving just 53,000km and recover the Rs. 95,000 premium you paid over its petrol variant. It is a lot more attainable, especially when electric cars take over 1 lakh kilometre to reach their break-even point.

With the rising pollution levels, it’s hard to predict the government’s next move in terms of banning fossil fuel-powered cars. In recent news, the Delhi government imposed a ban on all BS4 diesel cars to curb rising pollution levels in the city. If we factor in the risk, owners of CNG cars will be least affected by a ban as the emission levels are the lowest of all internal combustion engined cars.

As we are now done with the pros, let’s see the cons, disadvantages or problems of CNG cars in India:

No matter which segment you are looking at, nearly all the CNG cars in the market offer a 60kg water-equivalent CNG tank that’s only good to hold around 10kg of CNG. Depending on the fuel efficiency, a CNG car can normally do 200-300km on a single full tank of CNG. Hence, even though the combined range of CNG cars is impressive, the sole CNG driving range is poor and you will need to fill it up again and again on long road trips. And that brings us to our second negative of CNG cars.

The CNG refuelling infrastructure in India isn’t wide enough to cater to the ever-expanding demand. As a result, we witness long lines at CNG pumps, sometimes a couple of kilometres long. Hence, it becomes a lot more inconvenient to fill up a CNG car over a petrol car, especially when you need to fill it more often than a petrol car. Additionally, you also need to step out of the car along with your passengers at the CNG pump during fill up for safety reasons.

CNG cars in India store the CNG tank inside the boot, which impedes storage capacity. While it isn’t such a big problem with sedans and MPVs, CNG hatchbacks don't offer any practical boot storage space owing to the CNG tank. CNG hatchbacks like the Swift CNG and Tiago CNG offer negligible storage whereas their sedan counterparts, Dzire CNG and Tigor CNG, respectively, are comparatively more practical.

There are a lot of CNG cars in the market — from affordable hatchbacks to premium SUVs — but none currently offers the option of an automatic transmission. Globally, cars like the Octavia G-TEC (CNG) offer a turbo petrol engine and automatic transmission and we think it could be a couple of more months before a camaker launches a CNG-automatic option.

Also Read: Opinion — Why Hyundai Shouldn’t Wait Any Longer To Launch The i20 CNG 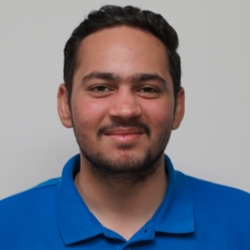