Last year, the central government introduced the BH series number plate for people having transferable jobs. It was introduced to remove the burden of re-registering a vehicle every time someone moves to a new state. This article will explain what a BH number plate looks like, its pros and cons, and how you can get one. BH Series Number Plate – What Is It?

Many people in India have transferable jobs. It means that they often have to move from one state to another for work. In such cases, if they own a vehicle, they will have to re-register it in the new state and pay the road tax there. Normal number plates have a two-letter code of the state, followed by a 2-digit RTO code of the area, two random letters and 4 random numbers. People can also get the last 4 numbers of their choice by bidding for it. A regular number plate looks like this:

On the other hand, a BH series number plate looks like this:

Here, the first 2 numbers signify the year of registration, 2022 in this case, followed by BH, which stands for Bharat. Then there are 4 random, computer-generated numbers followed by 2 random alphabets excluding ‘I’ and ‘O’. BH Series Number Plate – How To Get One

If you are eligible for the BH series number plate, you can get it for your new car by following a simple process. You need to submit a copy of your official ID card (for government employees) or your working certificate in Form 60 (for private employees) to your dealer. The dealer will then apply to get a registration number for your car, which will be allotted to you in a few days. After you take delivery of the car, you can get the number plate installed from the dealership.

When you get a new car registered with the regular number plate, you have to pay road tax for the 15 years at once during the purchase. Additionally, the tax value varies depending on various aspects of the car, such as the length of the car, engine’s capacity etc.

Additionally, the road tax for a BH series-registered vehicle is calculated on the invoice value of the car excluding GST rather than on the ex-showroom price. This means that if you get a good discount on a car, the tax will be calculated on the discounted price of the car, saving you some money there as well. Here is the tax structure for a car registered with the BH series number plate.

The tax structure given above is for a petrol car. Electric vehicles will get a 2% waiver whereas diesel cars will be charged 2% extra. The tax calculated on the given basis will be for 15 years, which you will have to pay every 2 years for 14 years, followed by annual tax submission.

Here are the benefits of the BH series number plate:

Here are the shortcomings of the BH series number plate:

BH Series Number Plate – Should You Get One?

BH Series Number Plate – What Will Change For 2023?

For the year 2023, the BH series number plate’s initials will be changed from ‘22’ to ‘23’. The number plates for the next year may also be a different set of computer generated numbers, leaving the ones which have been exhausted in the past. The similar case is also likely to be applicable on the 2 random numbers at the end of the number plate that currently do not include ‘I” and ‘O’. 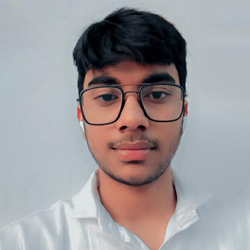 In the age of SUVs and crossovers, it's the traditional, 3-box sleeper sedans that excite him the most. All it needs is a punchy engine, a tight chassis and everyday practicality. Skoda Octavia VRS and BMW M5 are his favourites.